Masters Inspiring Masters: How Joel Meyerowitz was Influenced by Cezanne

There are few people in the world who wouldn’t have heard at least a passing reference to the painter Paul Cézanne, the Post-Impressionist artist acclaimed as being among the most influential in the history of modern painting. His unique approach and innovative brushstroke practices have been an enduring inspiration to successive painters for more than a century. But, in what’s truly a mark of this Master painter’s genius, his work continues to teach and inspire, and has the ability to influence artists even beyond the medium of painting.

A Master Meets a Master

Master photographer Joel Meyerowitz, whose legendary street images have become part of global social commentary for more than half a century, found life-changing inspiration in Cézanne. Meyerowitz visited the painter’s studio in Aix-en-Provence, France, and, while there, he experienced a deep and profound insight into the relationship between still life objects and their backgrounds. The revelation led him on a creative journey of discovery, as he put what he’d observed into practice in his own studio, photographing still life compositions, something that took him in what he calls, “a new direction in my work”.

Sign up for the Masters of Photography course with Joel Meyerowitz and you’ll gain a first-hand insight into his tips and tricks for exposure, street light, composition and more.

What Joel Meyerowitz experienced when he visited Cézanne’s studio was, by his own admission, a flash of inspiration. He noted that the walls of the studio were painted a darkish grey, which in essence served as a flat, blank canvas for all the objects contained within the room. It meant that there were no reflections or shadows, and the play of light emphasised the tonal range of the scene rather than its depth. 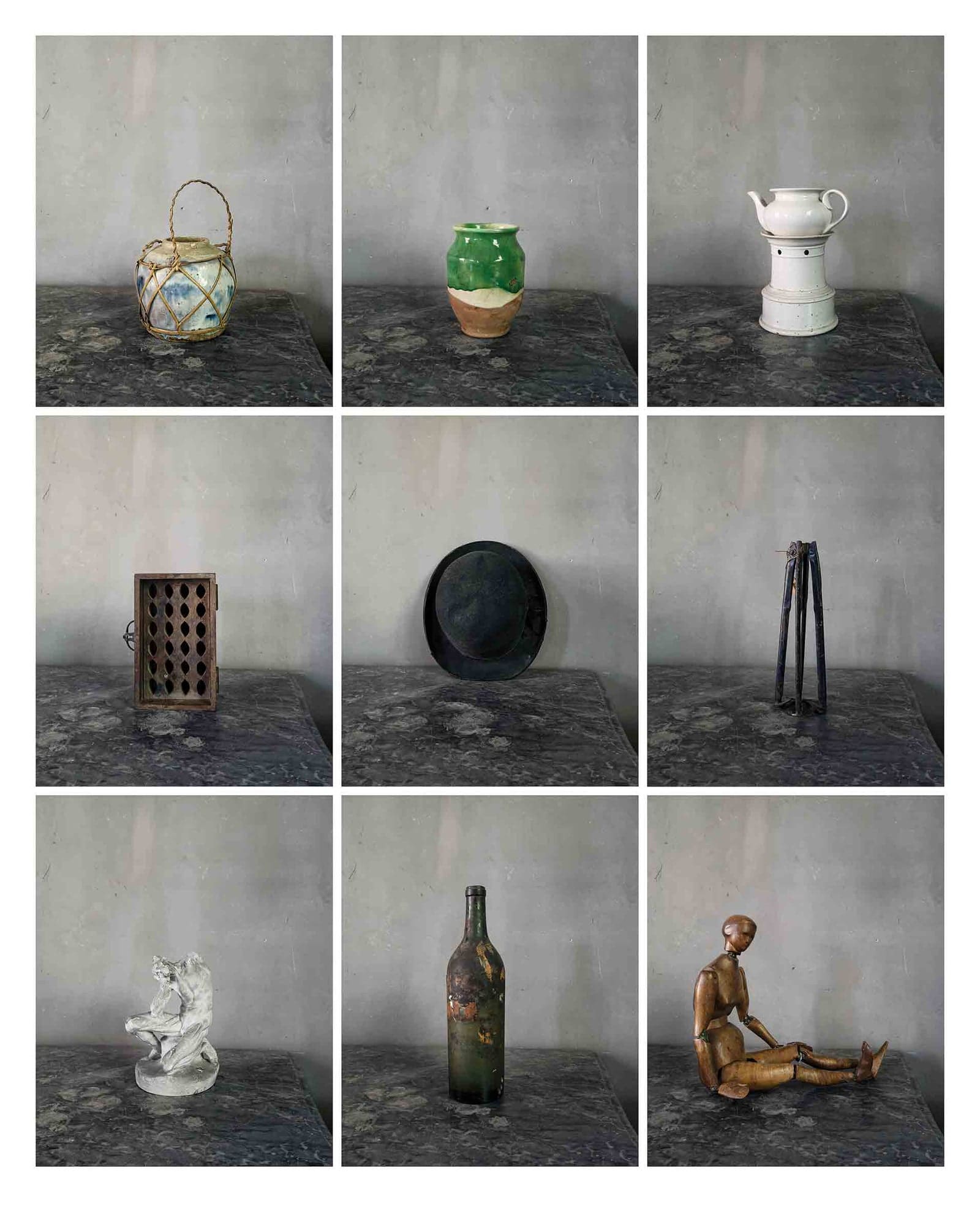 Creatively, it may be easier to comprehend the significance of this if you understand that Cézanne was really the first artist to put forward the ‘modern’ idea of eschewing the conveyance of perspective and that a painting was simply ‘paint on a flat canvas’. By setting his objects against, and within, an entirely grey environment, Cézanne was exploring in incredible detail the ability to retain that ‘flatness’, as well as the ensuing relationship between object and background in different lights.

Joel Meyerowitz had spent much of his creative life exploring the shades and hues of coloured light in his photography, so his observations were a revelation. After his visit to the French artist’s studio, he was inspired to start experimenting with his photographic still life compositions –something he’d never really done to any extent before. On a later visit to the studio, he was afforded the unprecedented privilege of being allowed to place and replace objects (around various locations in the studio) in order to study the effects of light on the greyscale –consequently discovering for himself its extraordinary tonal range and effect on related objects. He became so invested in the subject he produced a book called Cézanne’s Objects, in which he pays homage to the artist’s methods with a series of modern still lifes. The book is a fantastic depiction of what he observed in the studio and how he was able to successfully translate Cézanne’s methodology from painting to photography. 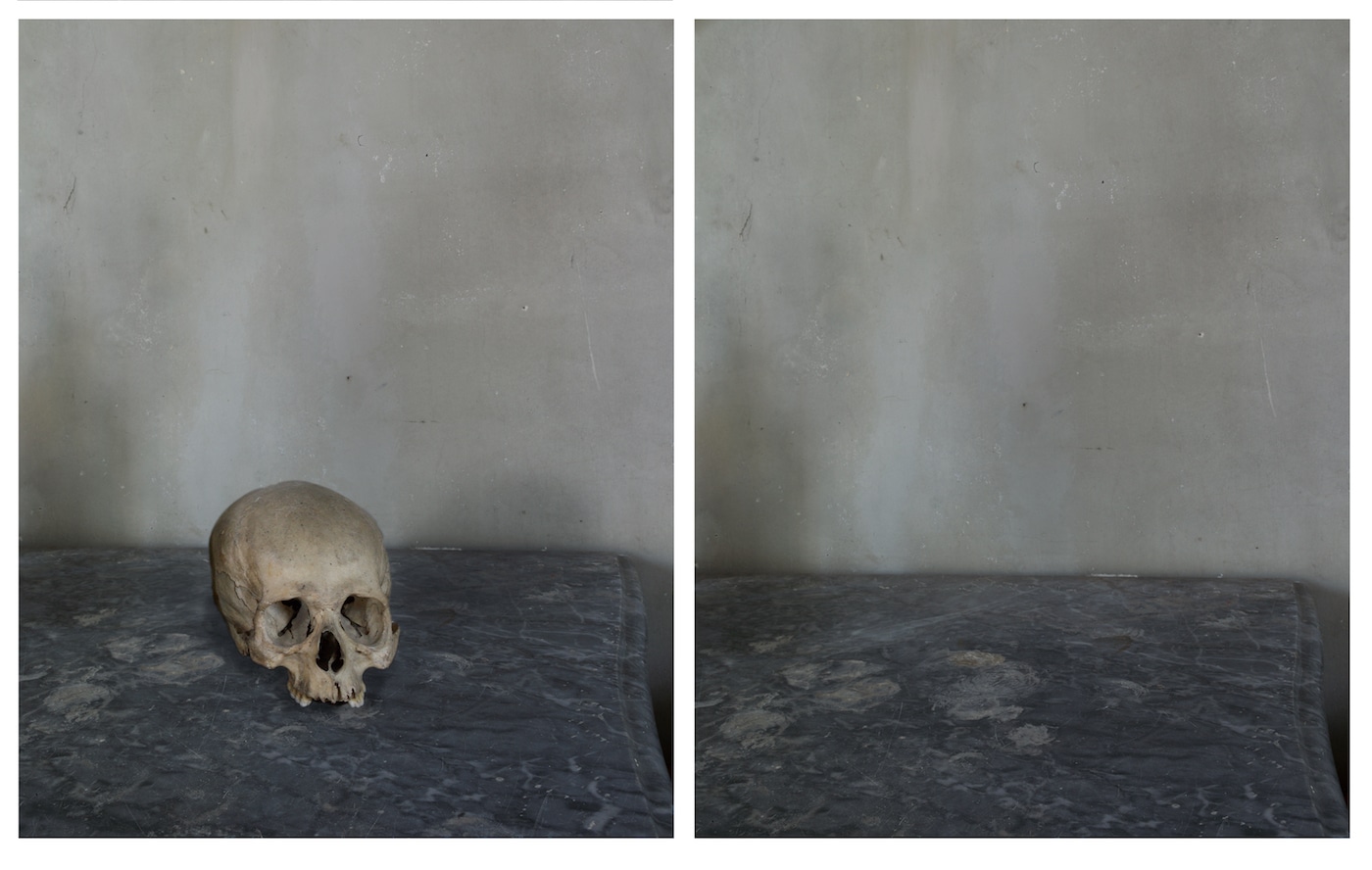 The Ever-Evolving Journey of Creativity

A true creative never stops learning and evolving their own practice in order to consider new and different ways of working. Nowhere is this more obvious than in this example of a contemporary American Master photographer being so meaningfully inspired by a nineteenth-century French painter. Concepts of dimension, perception, tone and light can be explored in all mediums of art and, for an aspiring photographer, the skill is largely in being open and observant to examining not only the subject of an image, but also how it relates to its environment or background. For anyone interested in establishing their own creative identity, as well as studying the work of photographers working in a variety of genres, it can be both fascinating and enlightening to look to the work of artists in other mediums. By thinking beyond the perceived constraints of equipment, environment and established methodology, creativity can be explored in more abstract ways with extraordinary results. 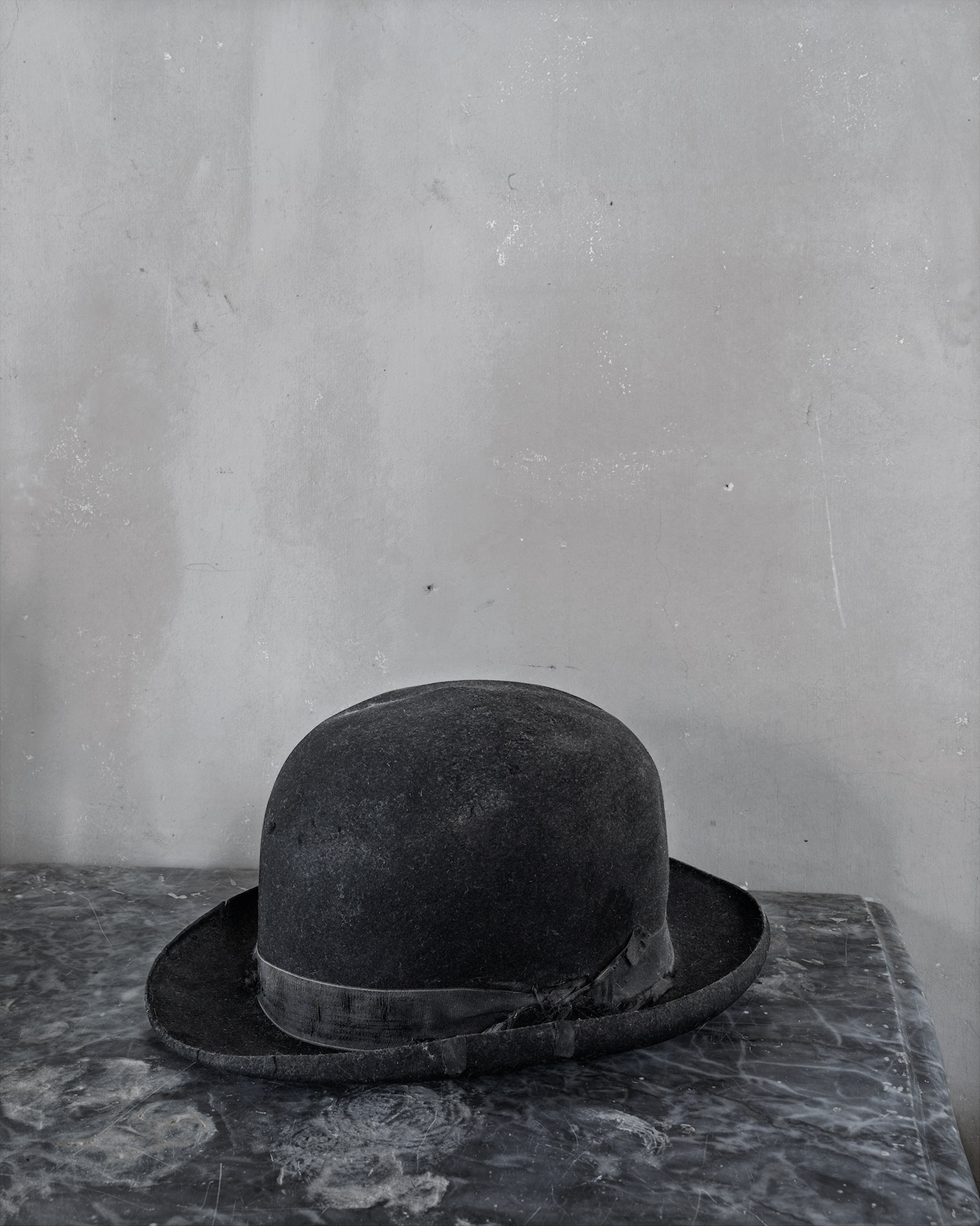 Be Inspired on a Joel Meyerowitz Course

It’s fascinating to learn stories like these and gain an insight into how and why the work of someone like Paul Cézanne can cross genres, centuries and geography to influence an award-winning contemporary photographer. When you sign up for a Joel Meyerowitz course, you’ll have privileged access to the inner workings of a Master’s mind and you’ll understand so much about not just the technical aspects of their craft, but also what drives them creatively and philosophically. A Joel Meyerowitz course, as with all our courses, provides an unprecedented behind the scenes view into the mind of a legendary photographer. When you sign up you’ll enjoy lifetime access to these easy-to-follow classes so you can apply the techniques and tips to your own work and take your creativity to new heights. Along with aspects like developing your photographic eye, street lighting, exposure and composition tactics, you’ll learn the power of being able to tell a story and capture the human element of everyday life in your images. When you take a Joel Meyerowitz course, not only can you learn at your own pace in your own time, you’ll also become part of a community of like-minded people where you can exchange ideas, information and inspiration. It doesn’t matter whether you’ve got a DSLR camera or a smartphone, these classes will teach you how to take better images on any device.