Our Best Photography Books of 2021

Last year, our blog about great photography books was one of the most popular on our site, eliciting many comments and new suggestions. With 2021 now behind us, we wanted to share a list of 10 books that we enjoyed and were published in this strange and tumultuous year.

The list is obviously subjective, nowhere near exhaustive and likely to spark ideas and conversations. As usual, we’d love to hear your views on these books as well as any additional suggestions. Let us know your thoughts in the comments below or by contributing to our forum!

The Year That Changed Our World: A Photographic History of the COVID-19 Pandemic

The ongoing pandemic, like any major global event, was ripe for photographic exploration and indeed, volumes of work have been published regarding the subject. However, this collection of photographs is among the most comprehensive in its range of topics and moods, depicting the whole arc of the COVID-19 pandemic and accordingly, the accompanying emotions, from fear and confusion to resilience and hope. Bizarre and contrasting images inhabit this book, like car parks bereft of any human presence and Buddhist monks donning plastic face-shields alongside their traditional garb, detailing the strange times in which we still live while never submitting to monotony or despair. 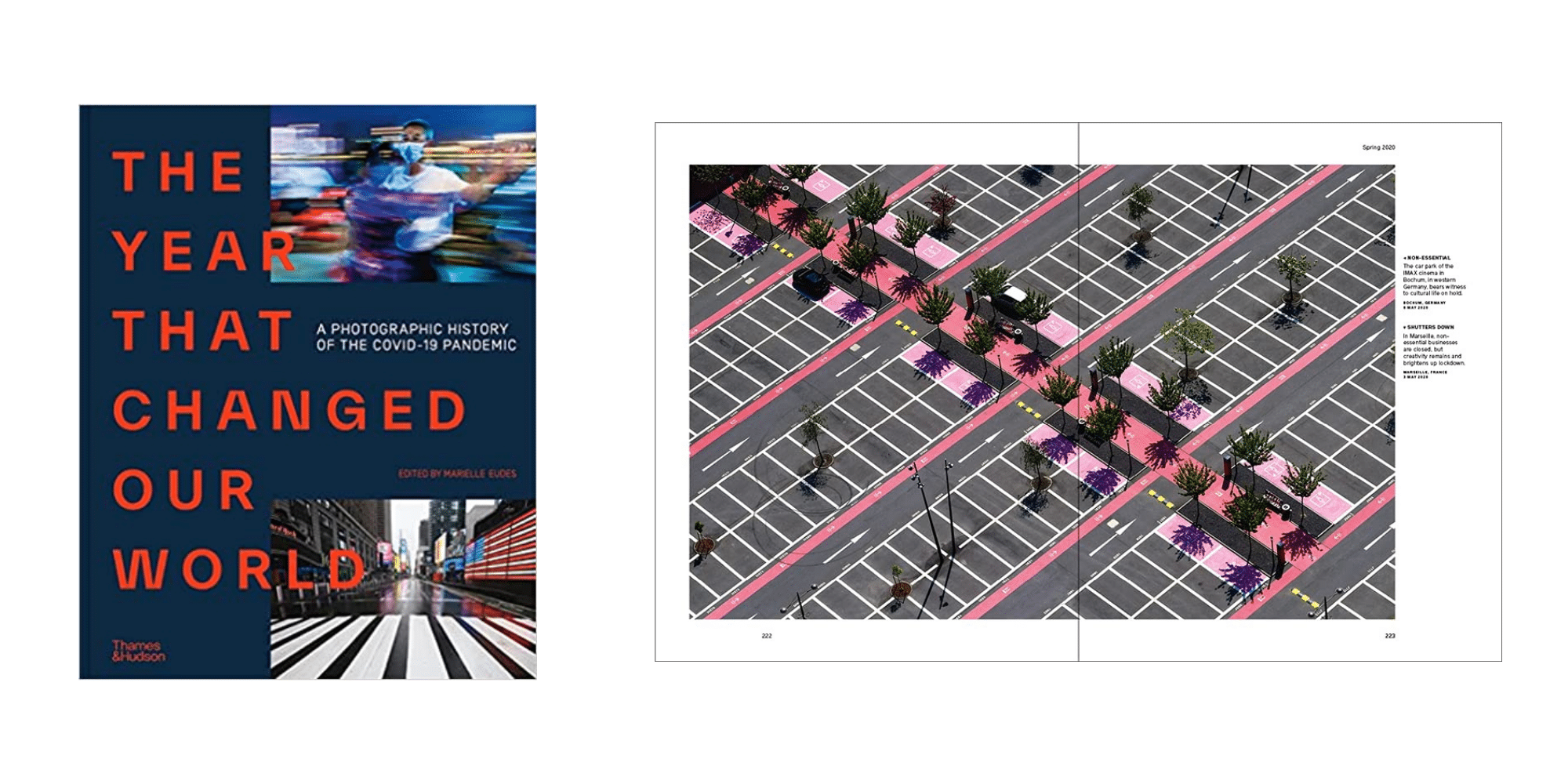 Birds, with their bright colours and dynamic aerial movement, have always captured the human visual imagination and as such, having often been a favourite subject of photographers. Flach’s work is undoubtedly some of the best of this particular subgenre of wildlife photography, extracting a remarkable degree of humanity from his avian subjects. Accompanied by writing from ornithologist Richard Plum, Birds is a testament to the scientific wonder of the titular animals as well as their aesthetic beauty. 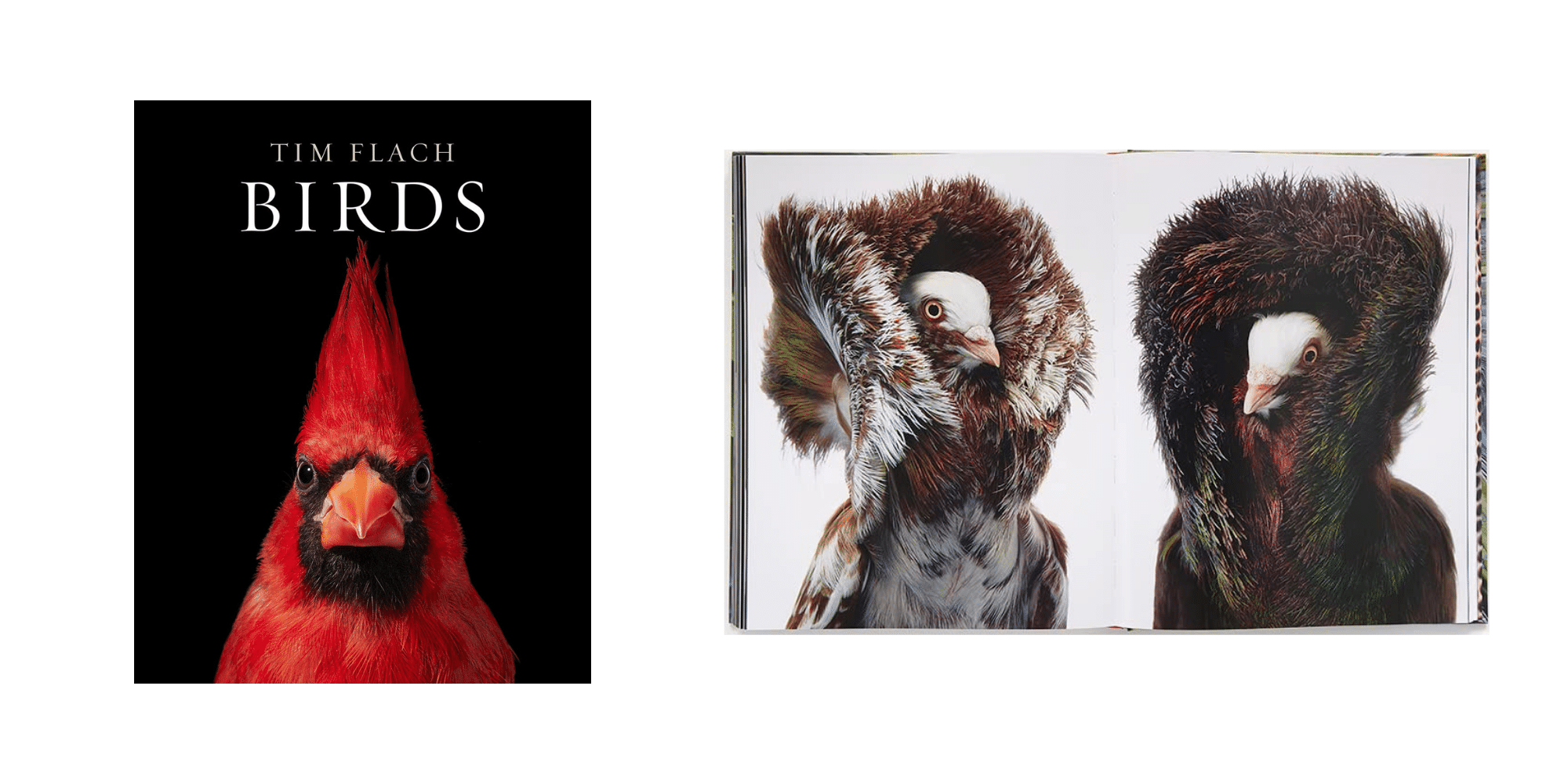 Steve’s work is renowned for its ability to convey the entire range of human experience and emotion all around the world and his recently released book, the first of his works to focus entirely on portraits of children, is no exception. Stories & Dreams captures the differences and yet simultaneously the universality of the childhood experience across all manner of cultural lines: innocence and its forfeiture, adventurousness and its realisation. 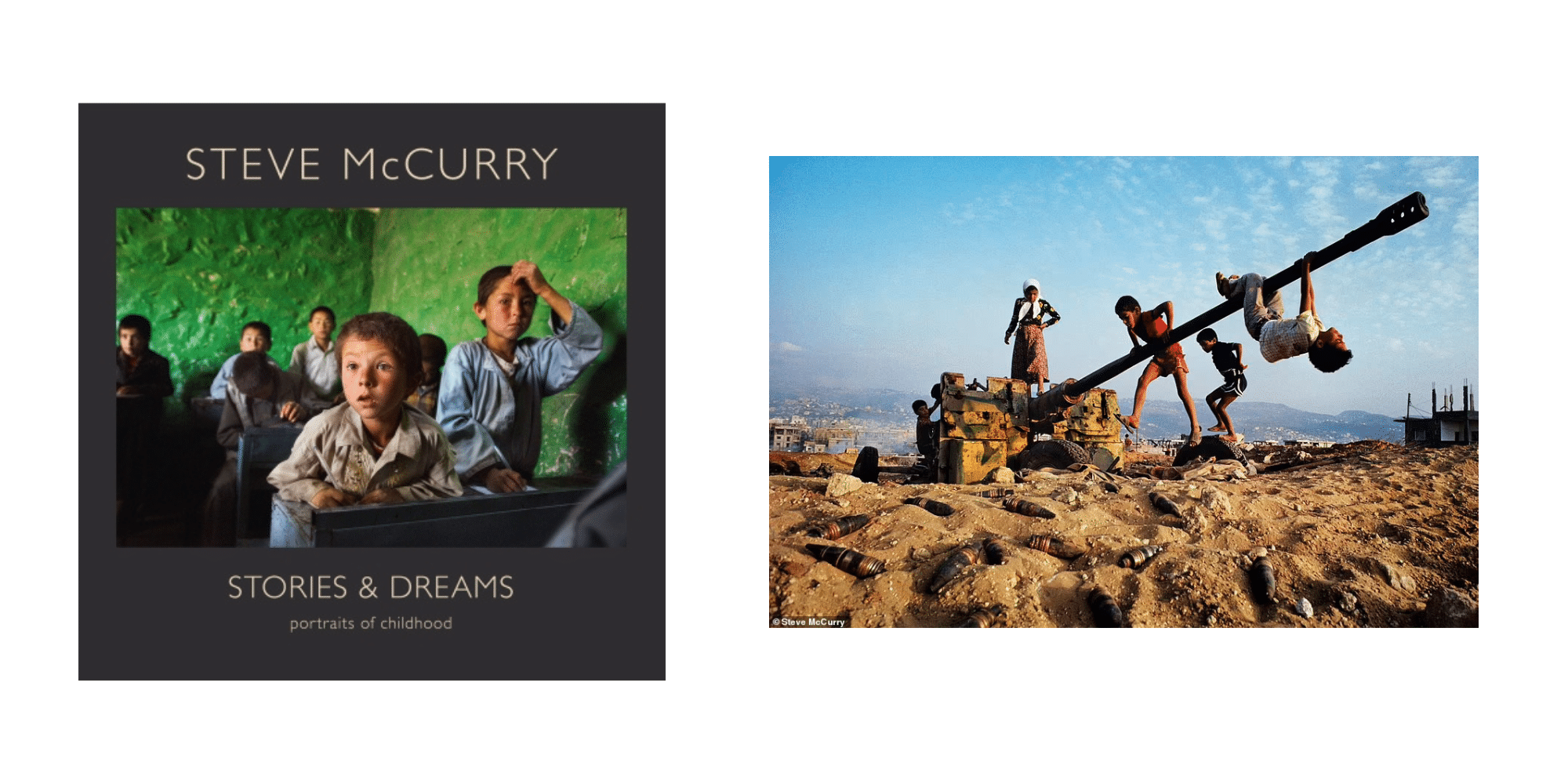 SEE STEVE'S COURSE
GET THE BOOK

I Can’t Stand to See You Cry

Fortune’s second book, after a self-published release last year, depicts life in the American South and all its complexities. From mixed Chickasaw and Black heritage, Fortune has a unique insight into the tensions between the different communities in Texas and its surrounding states, observing desperation, diligence and, above all, grace in the face of hardship. Though he does not shy away from global issues like American race relations or the pandemic, his photography remains autobiographical, exists somewhere between the public and the private, remarkably heartfelt and personal but no less compelling. 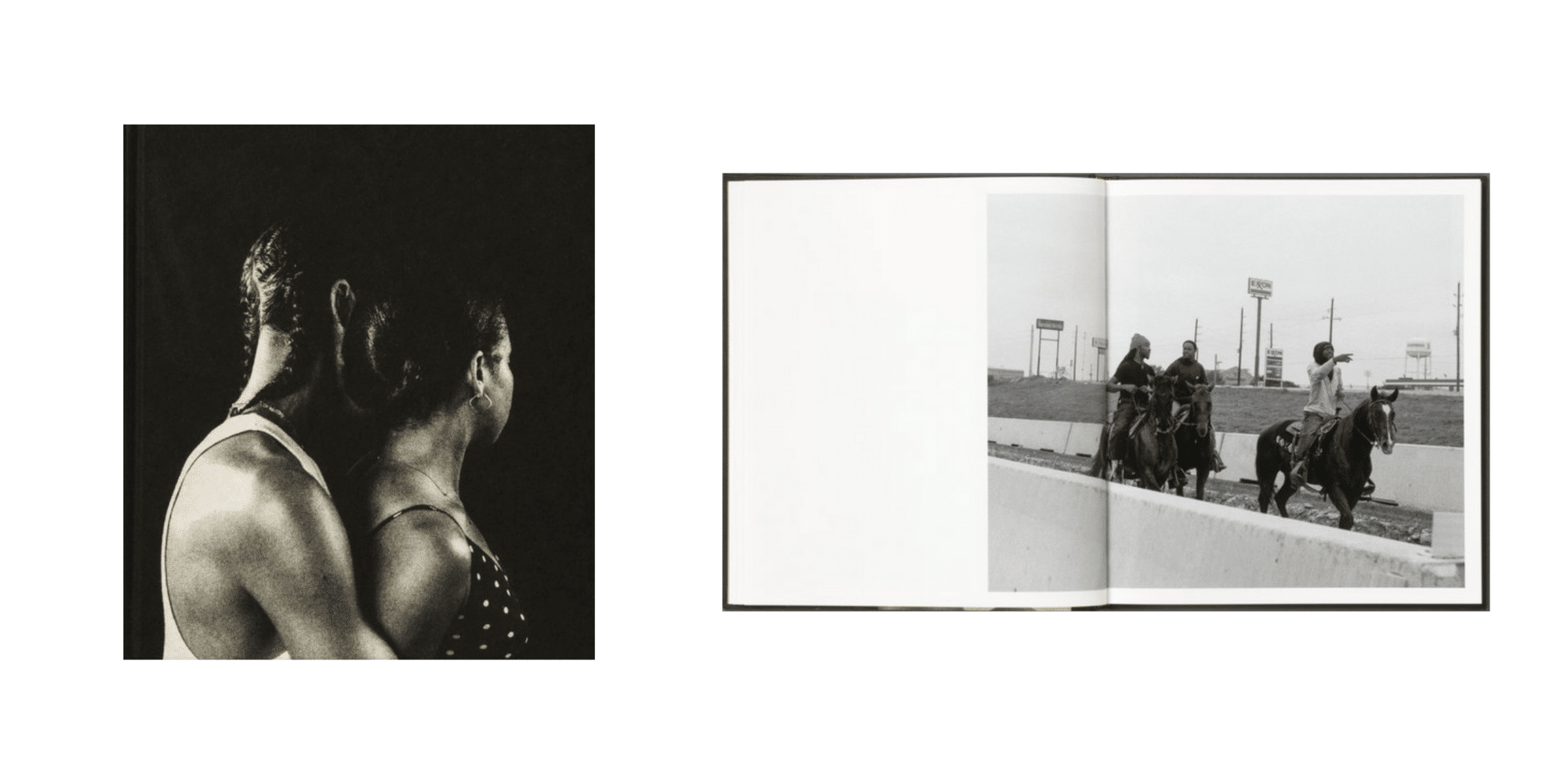 The Day May Break

In an urgent appeal for action on climate change, Brandt presents a photographic requiem for the natural world in the face of manmade destruction. Kinship between man and beast is emphasised but the ever-present fog in each of these black-and-white photographs conveys the fragility and ephemerality of both in the shadow of environmental crisis. 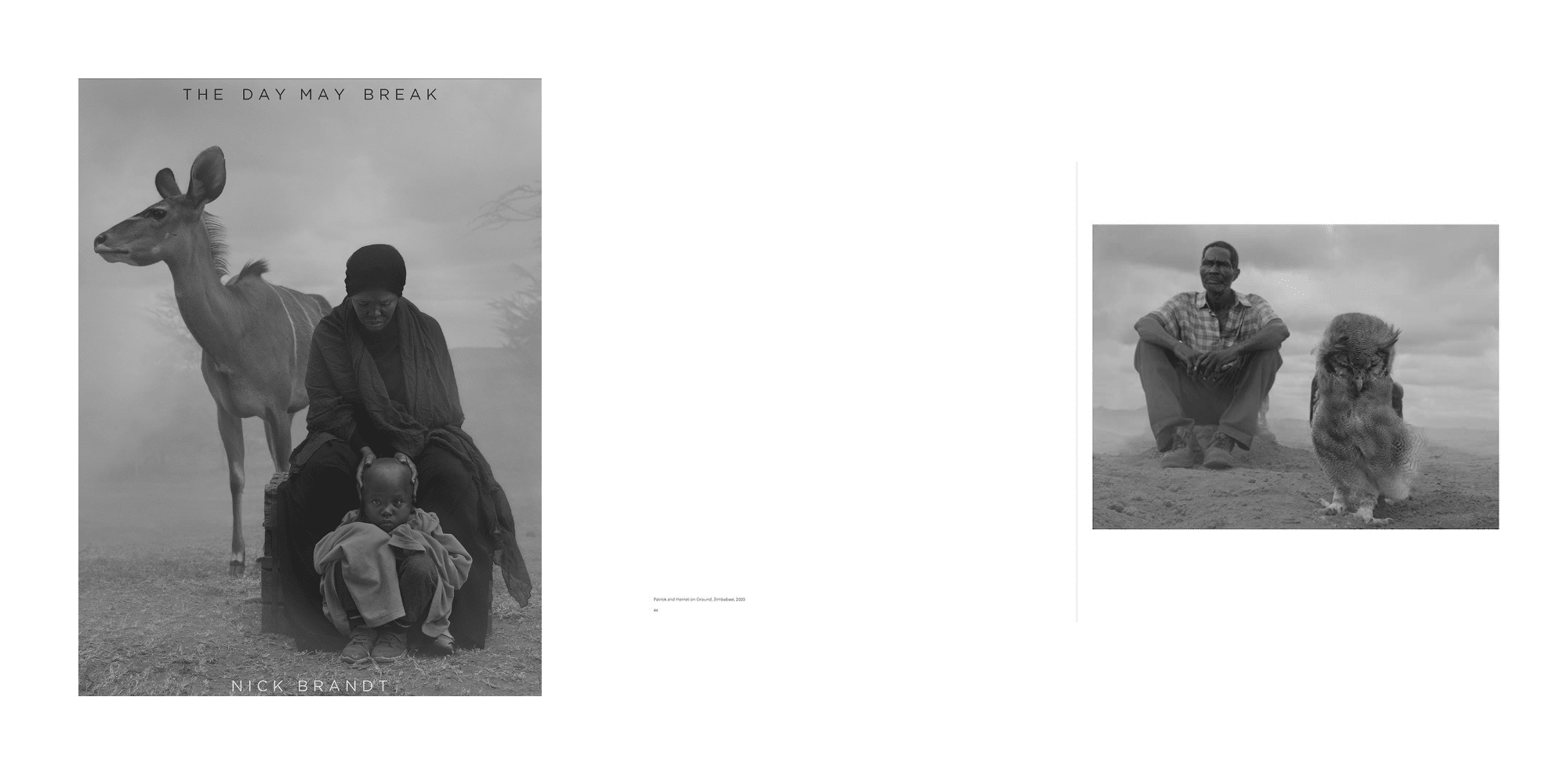 At the risk of being a little self-indulgent, it would be remiss not to include the work of a true master like Albert Watson in this list, namely our collaboration with him to create this companion book to his online photography course. For those who want to get a taste of Albert’s technical and creative insight into how he creates his iconic images before embarking on a course, or for those who are desperate for more after completing one, this is the perfect source of inspiration. Get 25% off at checkout with the code MOPmember25! 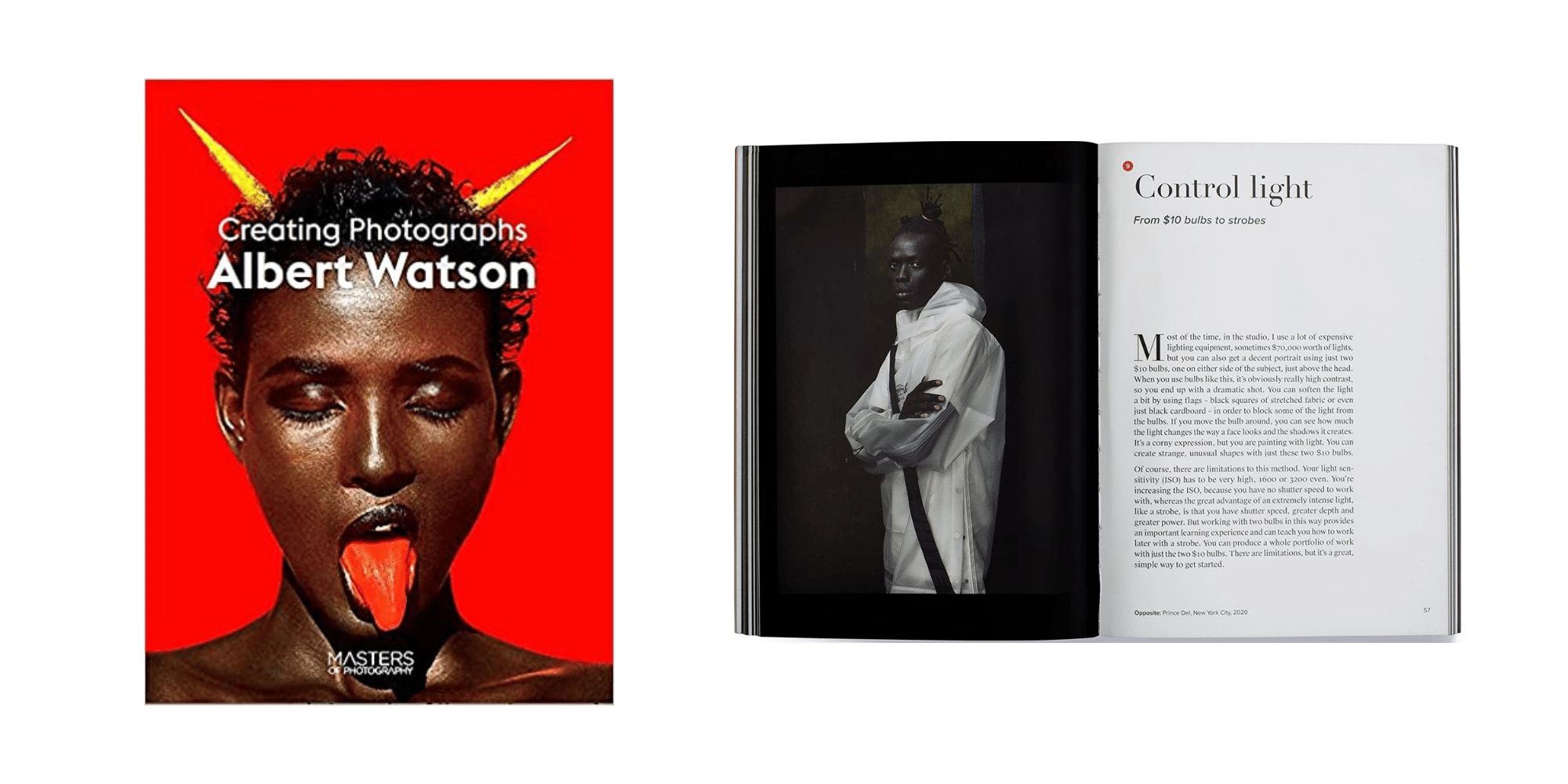 SEE ALBERT'S COURSE
GET THE BOOK

A view into a unique and relatively unknown subculture: Mexican-American lowriders, Bedford uses her excellent command of the electrifying colours that comprise these cars and intimate shots of their drivers to convey the remarkable sensitivity of a stereotypically masculine and boisterous culture. According to her subjects, Bedford was not an exploitative observer but rather a genuine friend of the community and this sincerity shines through in each of her photographs. 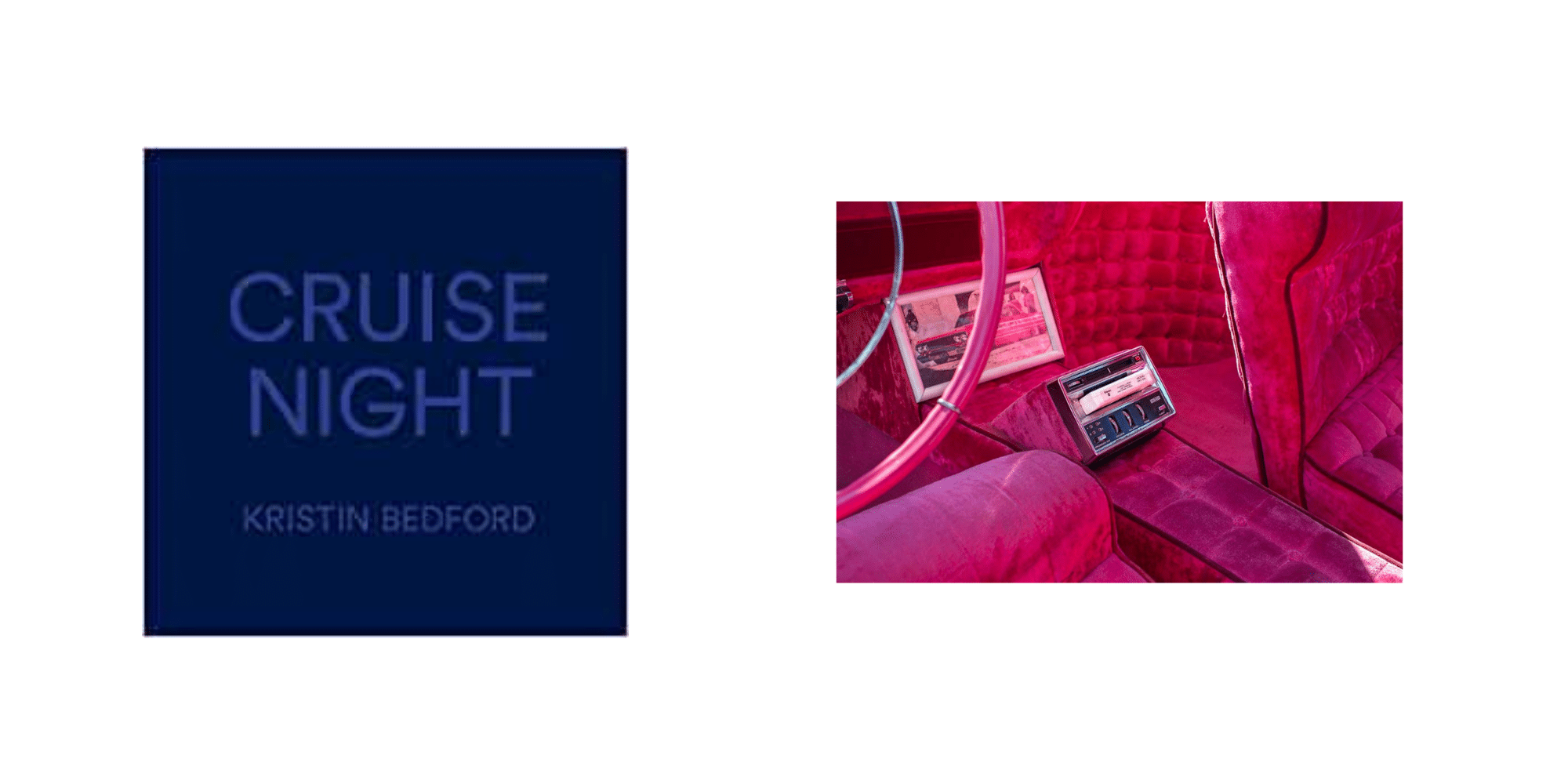 Between Doors: In the DPRK

A unique and unprecedented view inside North Korea, Hong Kong photographer Ted Lau challenges preconceptions about the isolated and reclusive nation without downplaying the despotic nature of its regime. Though images of the grey monotony of the Soviet-style architecture we associate with this country are present, Lau also photographs the bright colours and pastel hues painting over the oppressive systems. Meanwhile, billboards and bus stops are not rife with advertisements as we are accustomed to but rather state propaganda and this liberation from endless marketing is, in fact, something far more sinister. Throughout all this, citizens are shown going about their day-to-day lives, experiencing laughter, sorrow and boredom. Thus, Lau humanises the people of North Korea, showing that they are not mere ‘robots’ despite the totalitarianism under which they live, the cruelty of which he never allows to be forgotten. 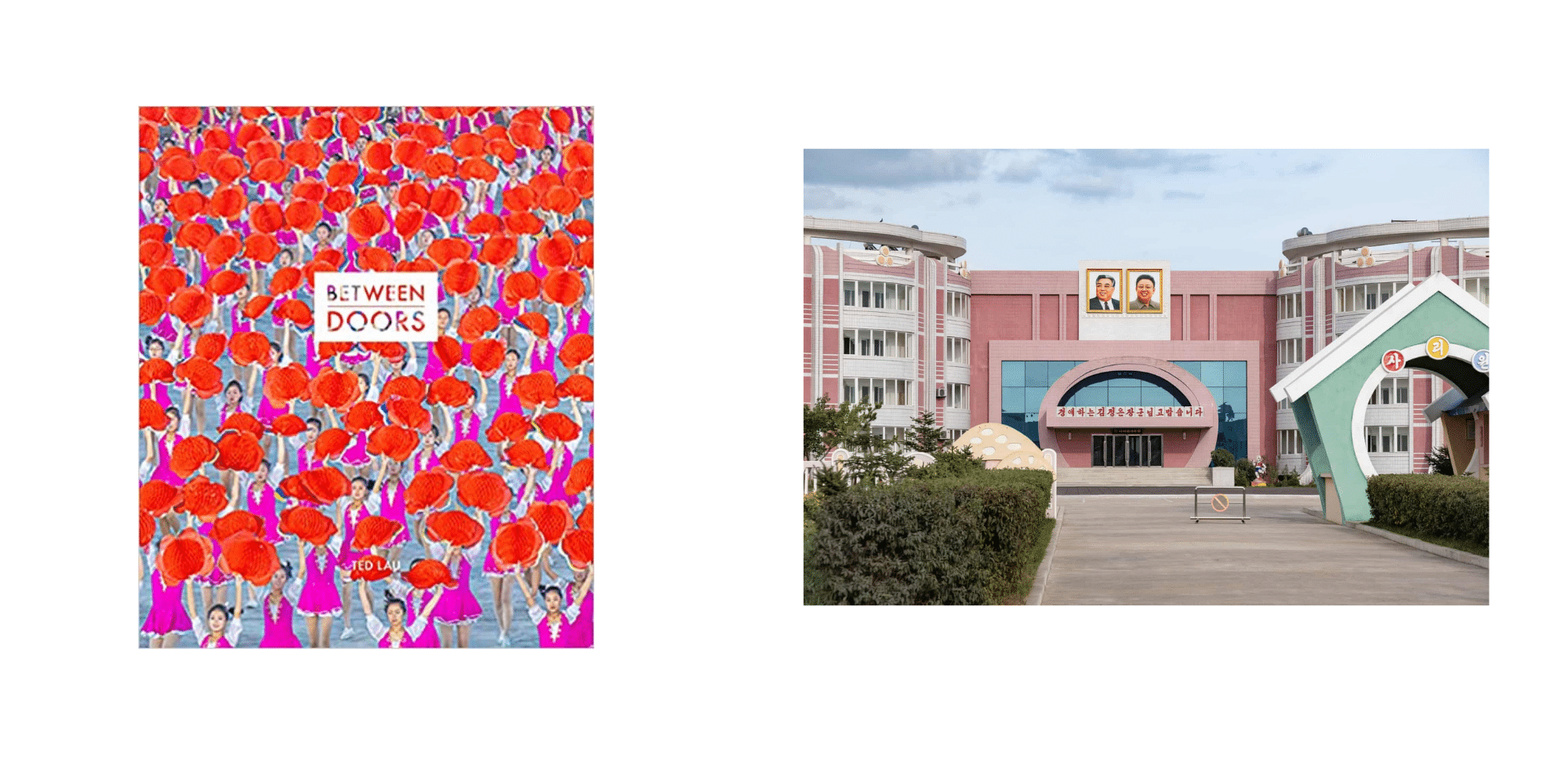 Though originally published in 1983, Joel’s new and expanded edition of Wild Flowers is so compelling in its content that it would be a disservice not to include it in this list. With all the hallmarks of his classic street photography, he focuses on a subject familiar to us all: flowers. Whether used ceremonially in mourning or celebration or simply sitting in the background in flowerbeds or in nature, each of Joel’s photographs provides a unique relationship between humans and flowers, their symbolism and the emotion we convey through them. 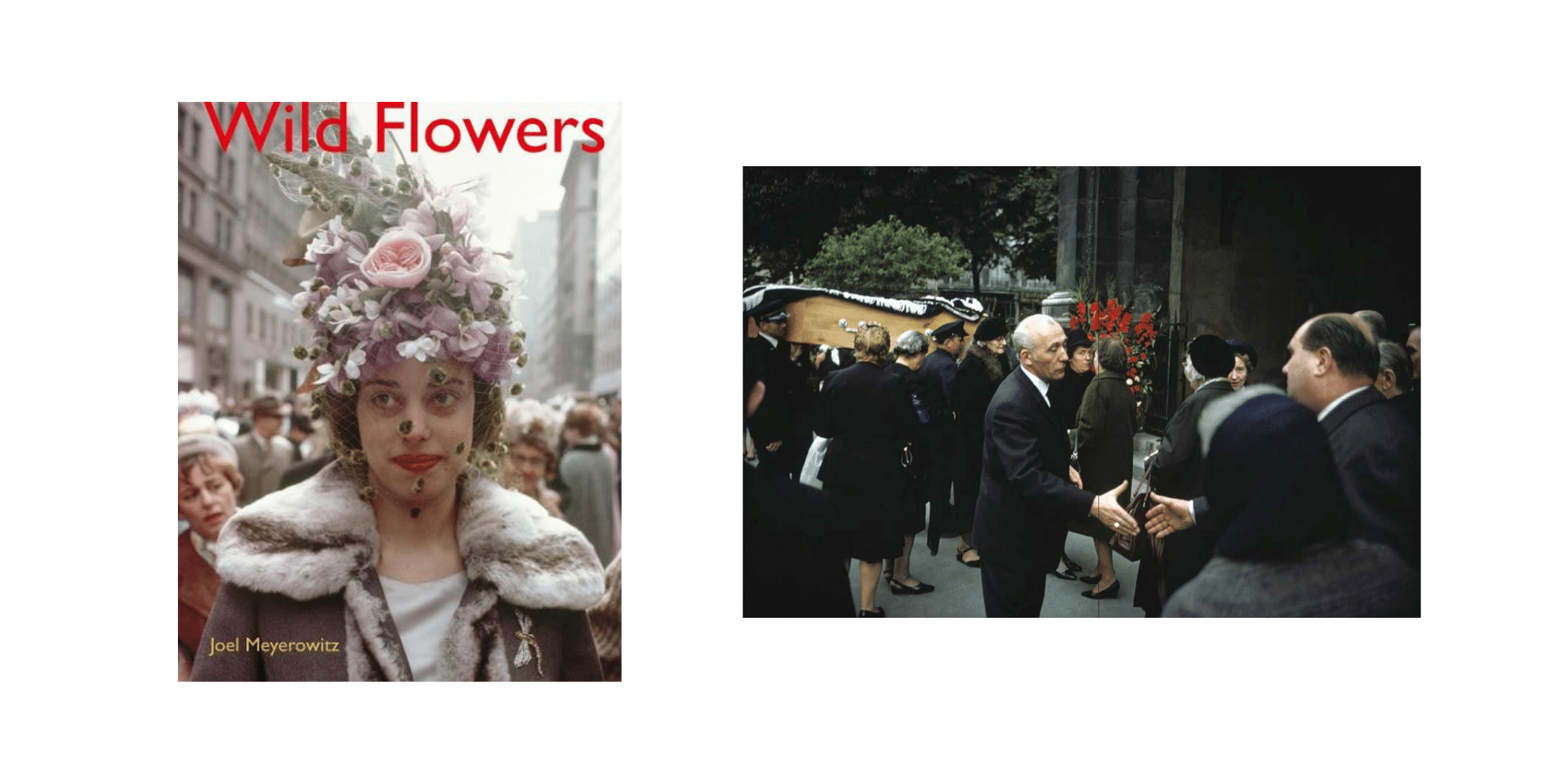 SEE JOEL'S COURSE
GET THE BOOK

Though New York City is typically associated with spontaneous street photography, Czech-born photographer Marie Tomanova offers a more intimate view of the city that he has made her home, presenting posed yet casual images of young New Yorkers. New York, New York is a visual celebration of one of the most culturally diversity cities on Earth and of a generation who, according to Tomanova, are unafraid to embrace the endless variety their city has to offer. 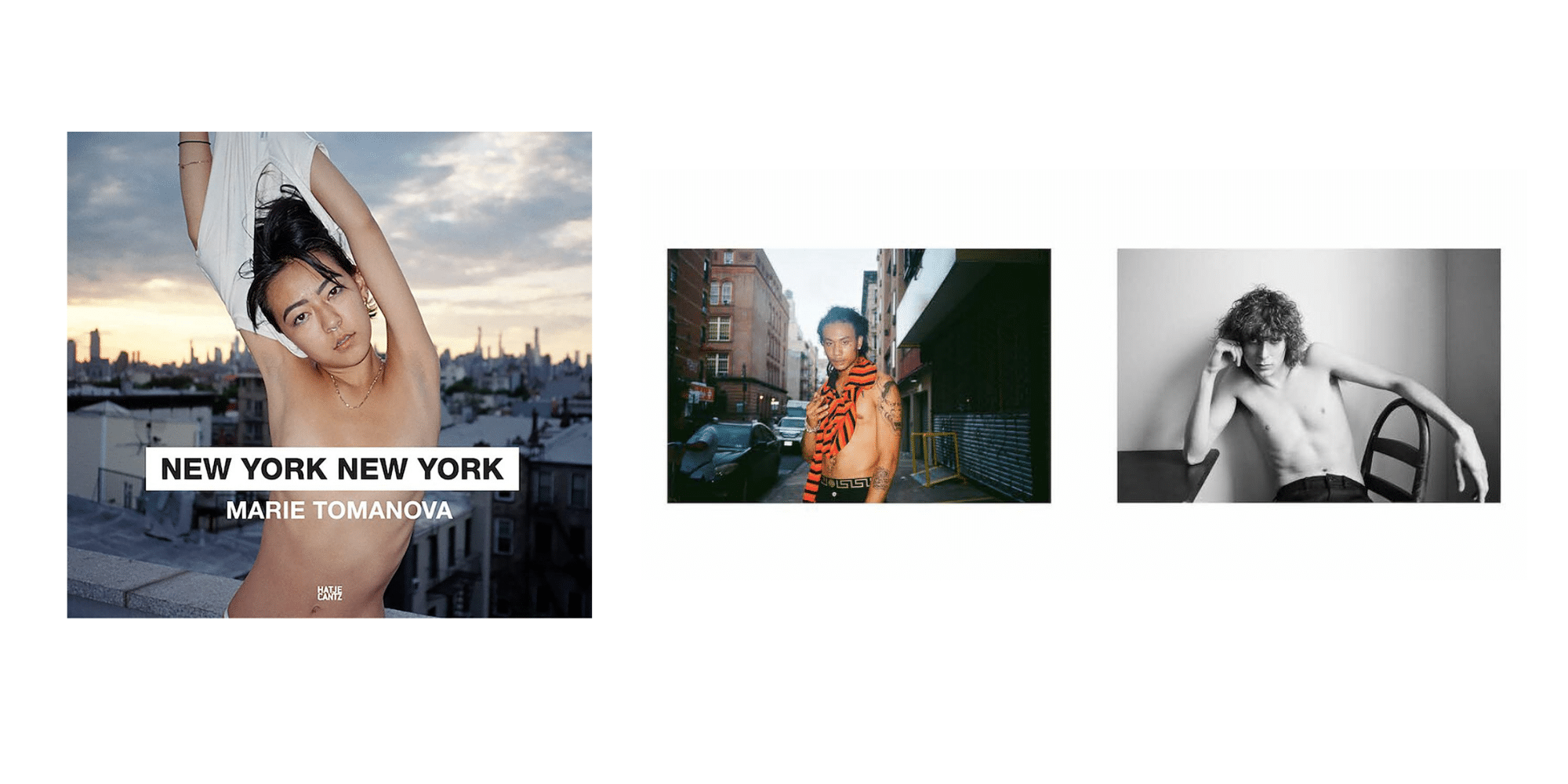 What are your best books of 2021? Comment below or head to our forum to give your thoughts!