Watch this TEDx interview by Sylvana Simons at TEDxAmsterdamWomen in 2015.

In this TEDx discussion, the photographer talks through the creation of some of his most memorable images, covering his experiences in countries such as India, Afghanistan and Vietnam.

Watch the video for a superb insight into the stories behind this legend’s iconic work, then join our online Steve McCurry photography course to learn from the man himself and take your own images to the next level.

See here to understand how Steve creates his legendary photos.

In this fascinating short video you get a front row seat to a relaxed but hugely insightful conversation with one of the world’s most acclaimed contemporary photographers.

In the wide-ranging twenty-five minute discussion with Sylvana Simons, Steve talks at length about several of his most famous images, and reveals the behind the scenes stories and context around them. The interview puts a wonderfully human face to the man whose work has, in many ways, completely changed not only the art of photography, but the way in which we are compelled to view the world.

Do you think you might click with Steve McCurry? Photography courses with the Master himself expose students to his way of thinking and to his methods of putting this philosophy into practice.

As the images are displayed behind him on the stage, McCurry speaks about his enduring passion and dedication to ‘tell the story’ and the responsibility he feels to his subjects to portray them authentically, while ‘capturing life without interference’. Despite being entirely converted to working in digital these days (saying he likes the immediacy of the medium and that it gives him the wonderful opportunity to be able to show his subjects the images at the time), he doesn’t subscribe to manipulation or enhancement, believing the finished image should reflect exactly what he saw through the lens.

He often becomes very close to his subjects and says that he continues to be inspired and uplifted by even what are sometimes very brief encounters. With some subjects he spends considerable lengths of time embedding in their lives, while with others it’s a chance moment on the street or, in the case of one particularly arresting image of an Indian woman and her child, through the window of a taxi (he calls the moment a ‘collision of two cultures’).

In the context of a poignant image of a young Vietnamese woman captured in the depths of grief, McCurry talks about the balance between documenting the subject’s life authentically while balancing the issue of privacy, and how he has to often make very difficult moment-to-moment decisions within that framework.

In the course of the discussion, McCurry reveals that the serendipitous moments, like those in which he has captured some of his most famous images, are what he lives for. In the case of one of the most recognisable photographs in the world, his hugely powerful image ‘Afghan Girl’, what was a chance meeting with the young girl has gone on to change his life. It’s also gone on to change hers, and he reveals he is still in touch with her and her family.

McCurry says he is proud, humbled and privileged that the Afghan Girl image continues to resonate with so many people, but that he doesn’t feel the need or the pressure to ‘look back’ or attempt to recreate its success. He talks about his passion for new places and new people, and says he has a lot more adventure and exploration ahead of him.

The motivation, talent and passion of this legendary contemporary photographer is borne out by his astounding body of work, built over more than three decades. Today he is lauded by his peers and has received a host of accolades and awards for his work. His iconic ‘Afghan Girl’, the image he shot in 1985, has become one of the most recognisable of our times.

Are you looking to improve your skills? Could there be a better mentor than Steve McCurry? Take photography courses with the Master himself as he shares his genius with amateurs and professionals who seek to take their work to the next level.

Working for such high-profile publications as TIME Magazine, National Geographic and the New York Times, McCurry’s work continues to inspire, inform and ignite the imaginations of people all over the world.

Masters of Photography is proud to partner with some of the greatest photographers in the world for our online classes. The Steve McCurry photography course allows you unlimited lifetime access to his easy to follow lessons, which are suitable for people of all skill levels. As well as providing the ability to learn at your own pace, the course can be delivered via your choice of device and comes with a money back guarantee.

The Steve McCurry photography course covers a diverse and comprehensive lesson plan, featuring a host of insights, tips and tricks from the Master as he shares aspects of his own journey. You’ll not only gain a true insider’s view of how he creates his images, you’ll also learn about the people from whom he draws his own inspiration and whose work has influenced him throughout his long and illustrious career.

Steve’s classes cover his early years, his experiences abroad in conflict zones, street photography, portraiture, lighting, telling the story, finding subjects, identifying spontaneous moments of magic, and much, much more – all told from the voice of the man himself.

Take a free lesson from the Steve McCurry photography course

Learn the tips and tricks from one of the greatest photographers in the world. 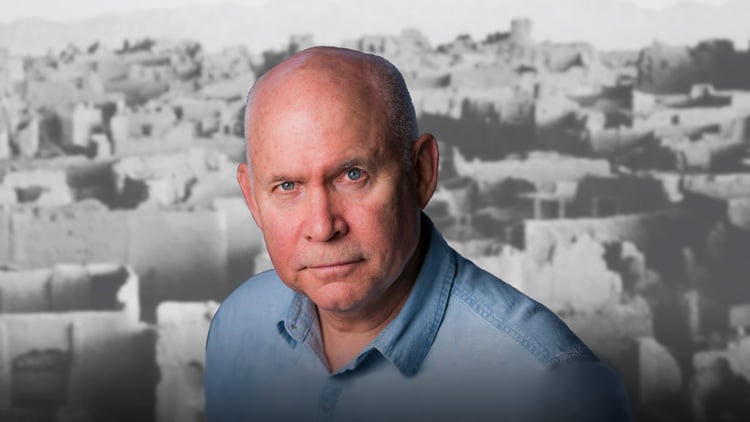