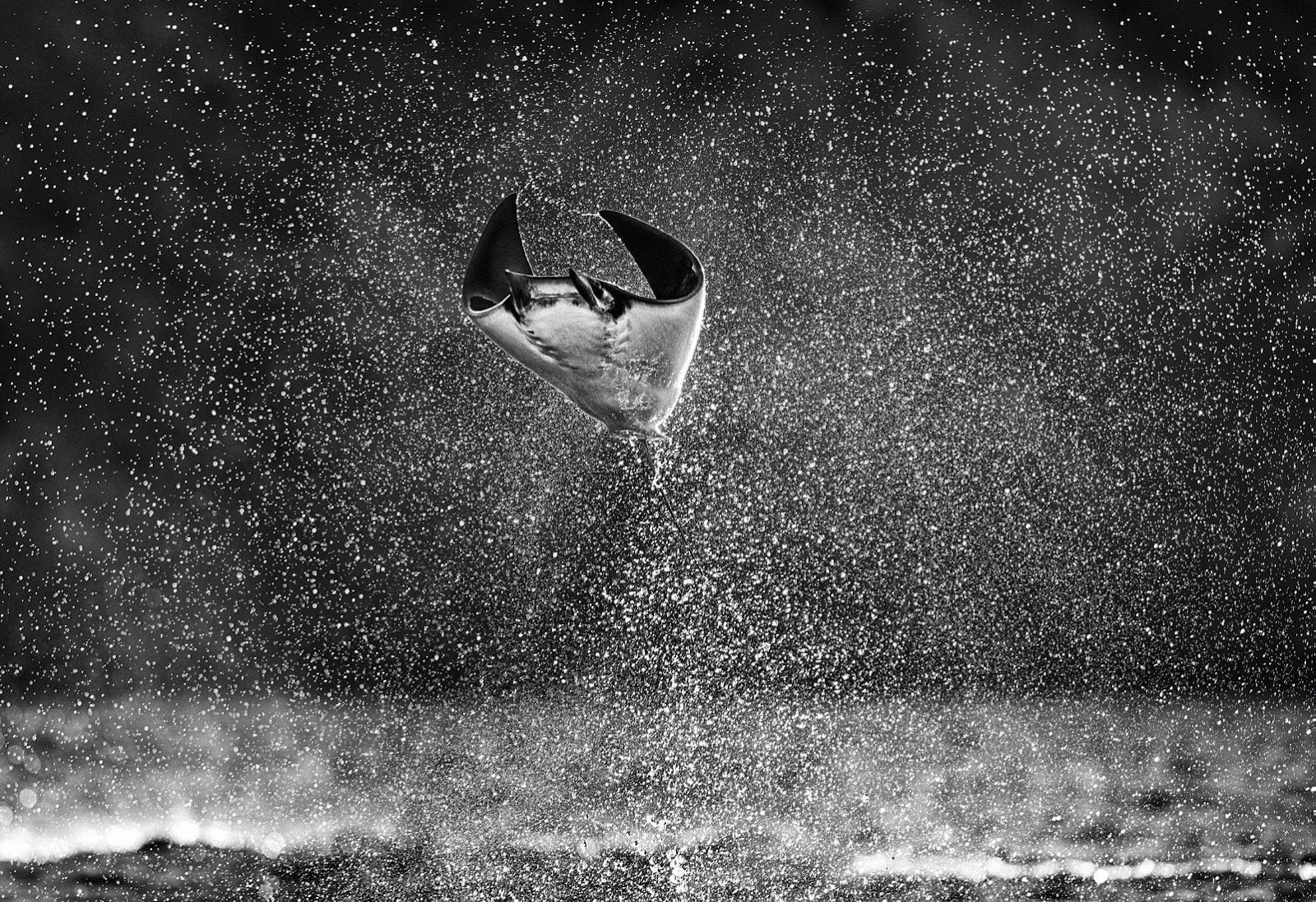 Every year in the early summer, thousands of mobula rays congregate in the Sea of Cortez off the coast of La Paz in Mexico. On calm days at sea, a spectacular courting ritual unfolds during which the rays show off by jumping several metres out of the sea. It is one of the most surreal sights to witness anywhere in the world. In the ocean, mobula rays look as one would expect, but when flying through the air, they look like aliens or spaceships. They are quite literally a fish out of water. I have no preconception as to what a “Mars Attack” might look like, but this is hopefully the closest I will get to it.

There are a few dilemmas on this location for the filmmaker. Firstly, the action often takes place 90 minutes from port and the light and the activity are at their best in the hour before sunset. We also discovered that the wind picks up after the sun sets. Secondly, I wanted to be as low as possible and this ruled out hiring larger more comfortable boats.

There was no way we would sacrifice content, so we had no choice but to spend a few dark evenings returning home in quite rough seas in a small fishing boat. But that was still the right trade. There are no shortcuts in this gig.

I took a great deal of frames over the week, but it is such a low percentage assignment that just three or four did justice to the spectacle. It requires quick reactions and – as always – good fortune. Much depends on the alertness and manoeuvring skills of the captain of the boat. I was fortunate to work in La Paz with my fellow Londoner – Luke Inman – who now lives in the city and knows the sea and sea life there as well as anyone. He hired the boat captain – Tony Ruelas – and this picture is as much his as it is mine.

What a planet we live on. 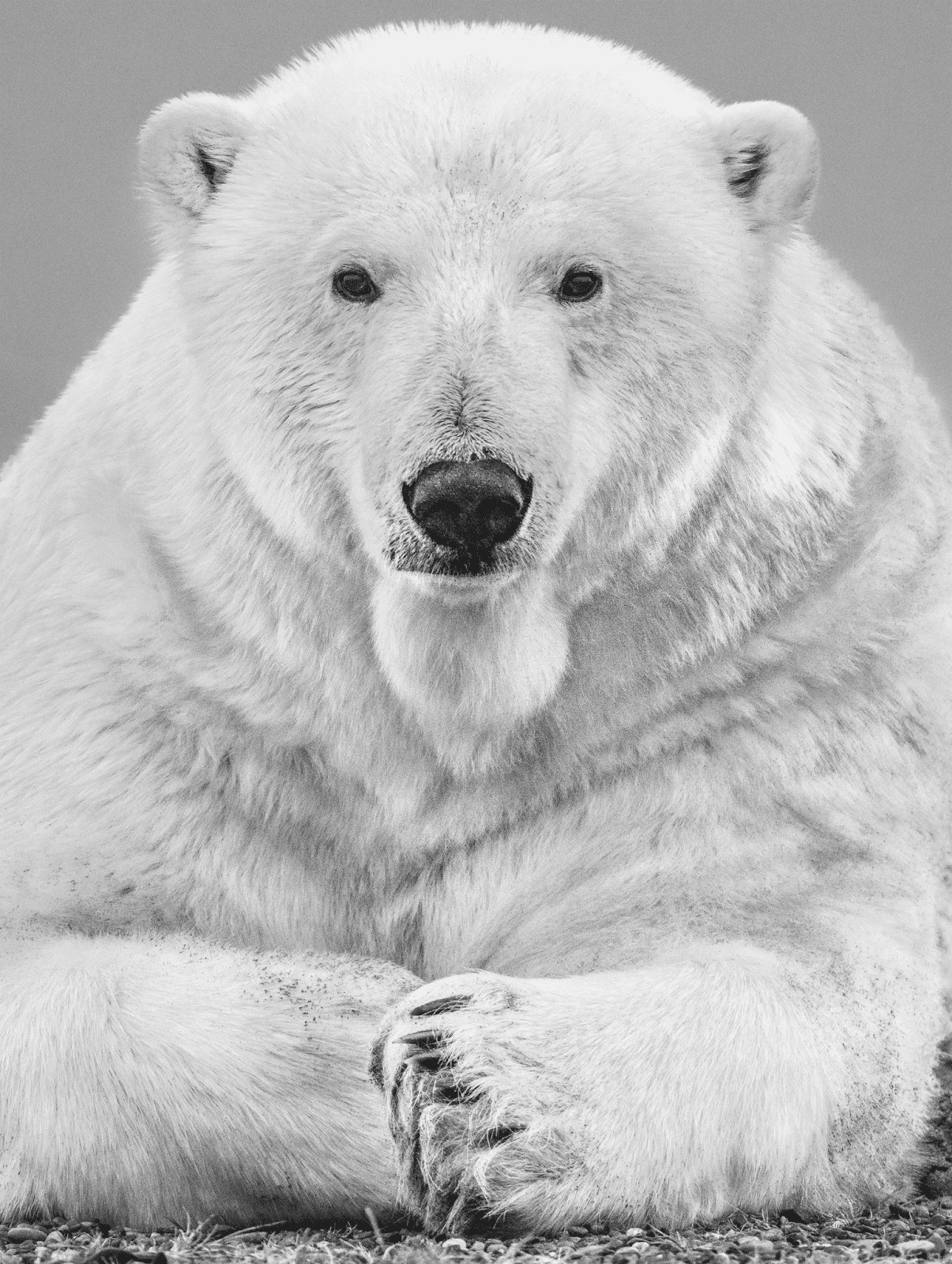 I guess on one hand this is a fairly straightforward portrait of an adult male polar bear; there is nothing dramatic going on and no collapsing iceberg in the background. But the encounter was surreal, and it did take some time for it all to sink in.

On the other hand, there is fine detail in this study. The bear is happy to merely observe and continue being who he is—the ultimate alpha mammal.

What do I see in his eyes? Wisdom, security, and governance. He is totally in control—a bit like a meeting with a therapist. He is the one with all the answers. It’s a fireside chat with a statesman at the top of the world. I think he is telling me that he likes his tea white with no sugar. Then we can get on with the issues of the day.

There is a subtle difference between the two, but I confess to playing the numbers game and therefore have an affinity for this barren and bleak coastline. 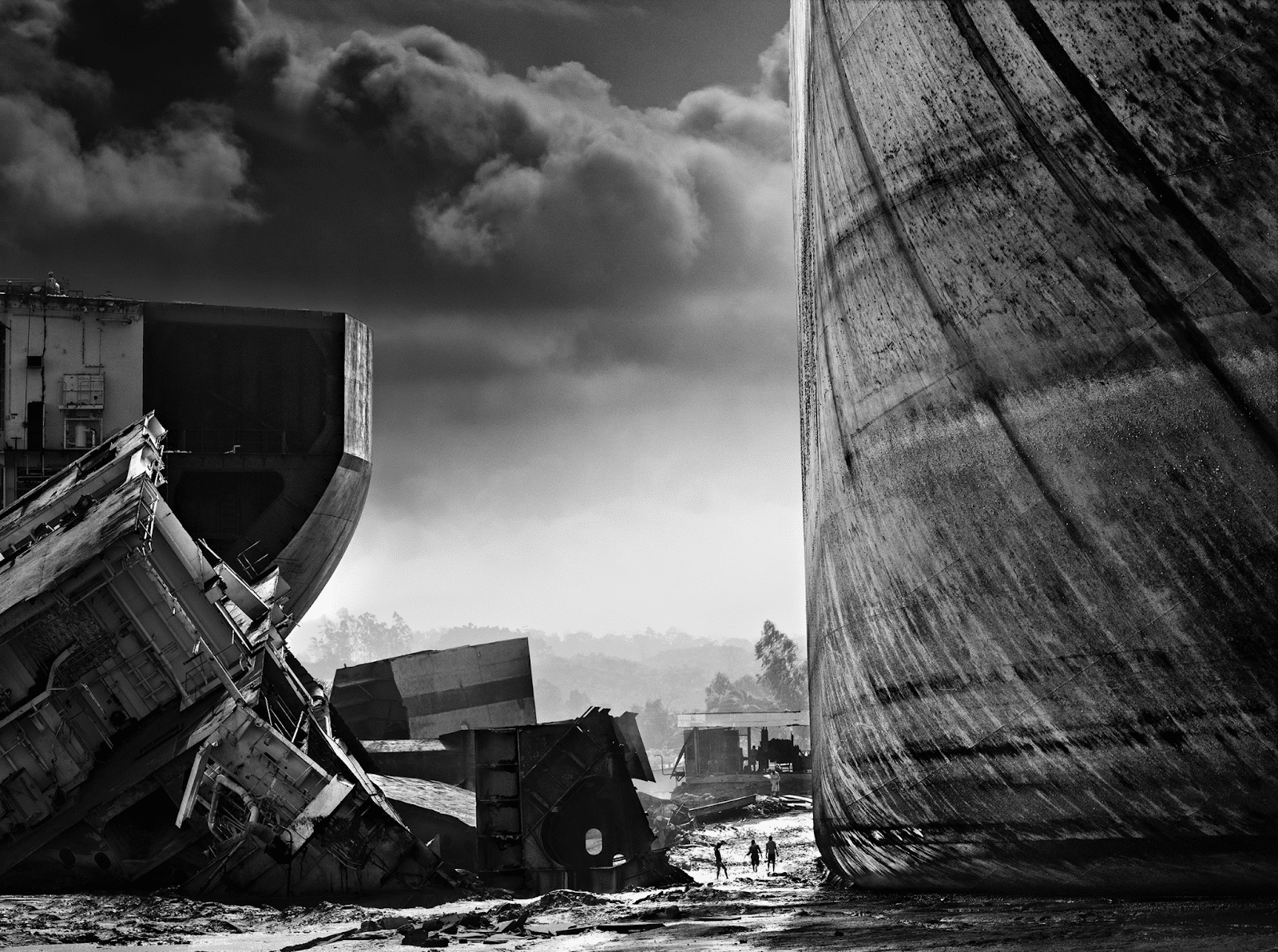 The ship breaking yards of Chittagong, Bangladesh offer a mystical allure that is incongruous. There may be romance in the art of building big ships – but there is little for the romanticist in the primitive dismantling of these vast cathedrals in the sky on these muddy shores to the north of the country’s second city. This is a nasty, dark and soulless place – ostensibly it offers nothing but an elemental canvas on which to frame extremes.⁣⁣

⁣⁣However, the haunting rawness of the factory beaches is spectacular – there is so much more for artists to feast on here than at the beaches of Saint-Tropez. This is emphatically life on the edge of our planet and its depiction offers a good opportunity to propose that beautiful art is not exclusive to the portrayal of aesthetically beautiful things. That linear a relationship would make all our lives one dimensional.⁣⁣

Take an Online Photography Course with David Yarrow and learn how to take stunning Wildlife Photography and the natural world.