June by Joel Meyerowitz – In Our Own Backyard

In Our Own Backyard 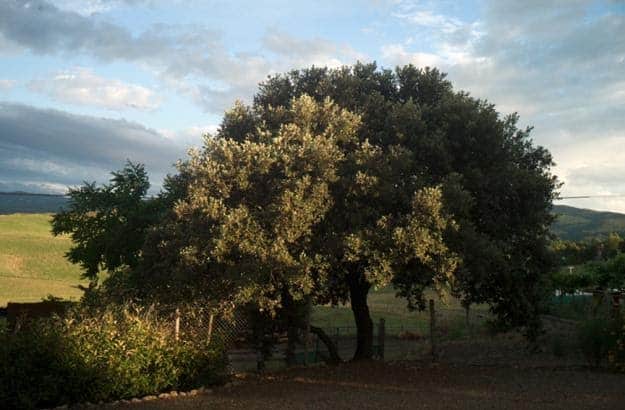 Sometimes there are natural forms that approach perfection. The shape of this tree has spoken to me for the four years we’ve been coming to this place, and I realize now that I have been photographing it casually and repeatedly in all lights and seasons.

While I was doing the photo a day series I probably added this tree to it many times on days when I was working in the studio and didn’t get out to do anything special. It could be said that it was a ‘fall back position’ image, but not merely that, since it made me look carefully at what was right in my own backyard. A good working principle for all of us. 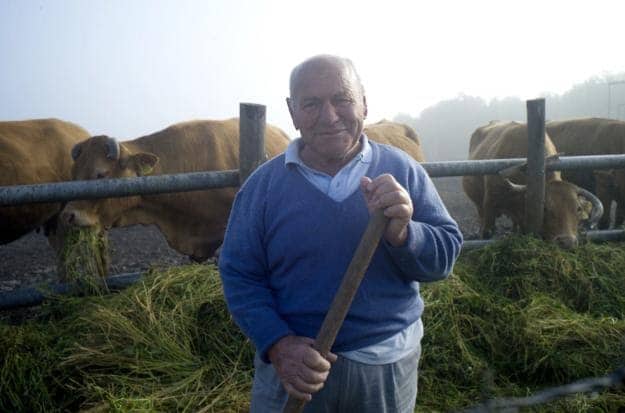 This is Beppo (Giuseppe), he built this farm we were living on when I made this image, and it’s where we live now. It was 7:15 in the morning and this 80 year old is out there doing what he has done for 45 years. Talking to the cows, looking at the land and reminding me of the Italian immigrants of my youth in the Bronx. All those country people from Puglia and Napoli who came to the big city and became a part of it. 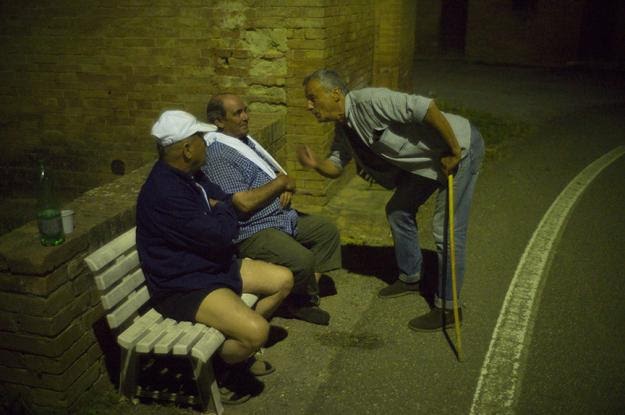 Here’s a little story. We had gone to a nearby town for dinner and on the way back, as we passed through a burgo, a small collection of about 5 houses, we saw that 3 people were sitting on the bench right there on the edge of the road that passed through the place. Gianni, ever the connection between all things Tuscan, called out to them as we passed by and they waved to us to stop.

As soon as we did, the Italian Opera began, as always, with gestures, and a half hour of stories and laughter. One of the men had broken his arm and was holding a hand carved stick which helped him do whatever he needed to do with his one good arm. By the end of the exchange Gianni walked away with his stick. How he managed to get the guy to give it to him I cannot say, but it offered me a wonderful few minutes of watching the whole drama play out.

Even the nights in Tuscany are rich with possibility. 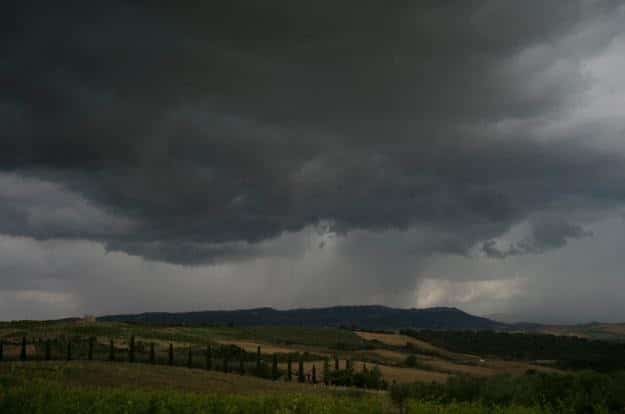 Nature in full force is a beautiful spectacle. Where do the colors come from? How did the clouds become tinged with that faint magenta tone when all the light seems to be mixed into a grey?

To stand in the path of all that energy and let it sweep towards me is one of the joys of living in nature. I always experience the feeling that I must go out into it rather than run for shelter. It was the same for me during my years photographing on Cape Cod. When the weather was at it’s worst – then it was at its best – and the invitation was clear; be in it! 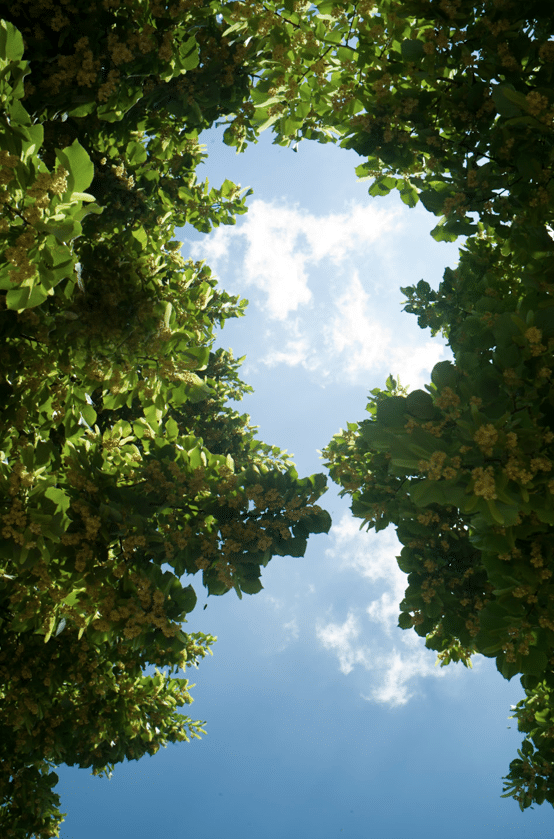 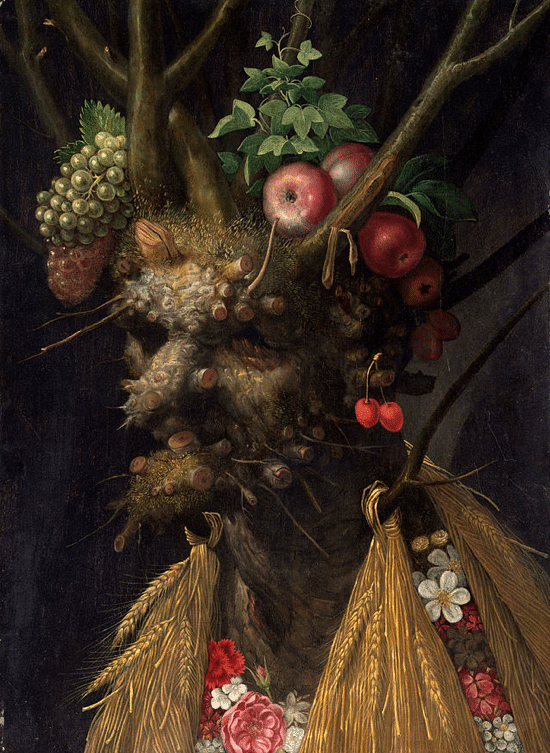 We have all done this, I know. And I don’t often like to try to find figures in clouds, or patterns and faces in shadows, or other potential sources. So when Maggie and I went to Bagno Vignoni – a Roman bath town nearby – for a lunch and a lie down under the Linden trees; because this was the time of year that Linden trees let out a perfume that is like syrup in the air, and it had become a 20 year, mid-June, ritual of ours to make this pilgrimage. So I was surprised, while looking up into the trees, to be reminded of the paintings of Giuseppe Arcimboldo.

I’m sure you have seen these famous paintings of fruits, vegetables, animals, woodland plants and flowers, etc. But there we were, under the animated spirits of the trees, and with a contented, post lunch dreaminess, we watched the spirits emerge. 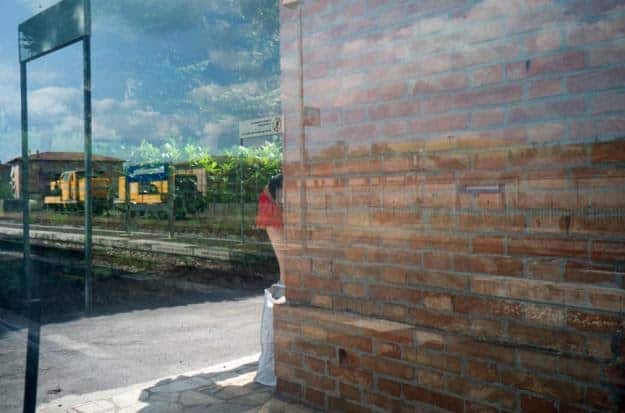 We went to the train station to drop off my niece. The train in Buonconvento is usually one car  long, and runs on a narrow gauge rail line, so not much in the way of excitement happens there. But among the few travelers waiting at the station there was, and only for the briefest of moments, this suggestive little morsel of photographic delight sandwiched between the layers of clouds and countryside, glass and brick, signage and sunlight.

Take your first step to better photography by taking an Online Photography Course with Joel Meyerowitz.