March by Joel Meyerowitz – IT 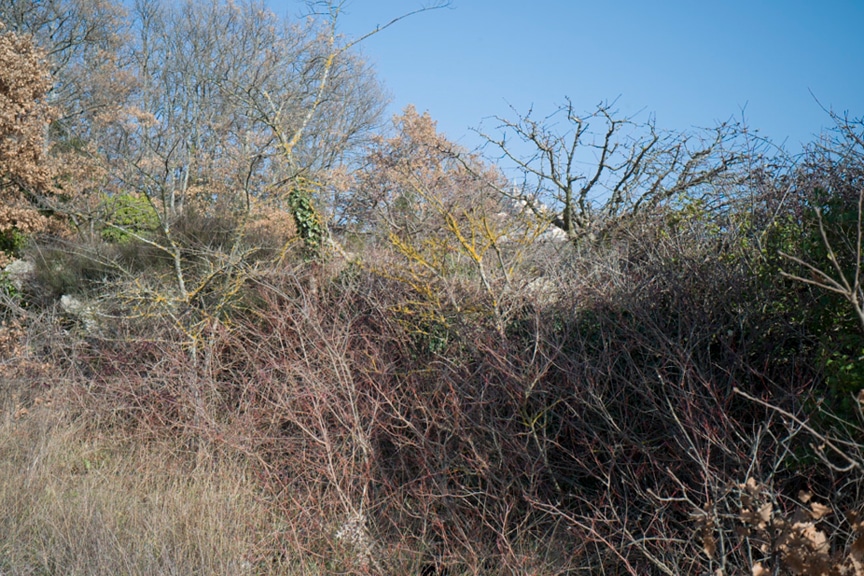 Every once in a while I find myself stopped by some indefinable sensation, as if a have just passed though a ‘locus point’, a zone of visual force that tingles in such a way that I look around to get my bearings. “What is here that is holding me”?  Usually we respond to things that can be defined easily, a space, a tree, some figures doing something, a whole range of sensations that we know how to organize. But when there is nothing as concrete as that how does one make a photograph?

I have learned to trust those ‘calls’. Learned way back when I was first using the 8×10 view camera and working on my St. Louis commission. It happened to me one day right in the heart of downtown St. Louis. Nothing specific, just a feeling that something in the zone in front of me was whispering my name, stopping me from moving on. I remember yielding to the instinct and setting up the 8×10 and waiting to see where the call was coming from.

The image here was pretty much the same thing. Nothing going on but the voluptuous mess of nature. No beautiful arrangement, or scaled relationships, or counterpoint between near and far. Just chaos. Just the indefinite, overall, layered, complexity of nature, as if it had a mind of its own which presented a thought that was purely natural, not within the bounds of the esthetics we have applied to it for centuries of landscape painting and photography, nothing but the rawness of IT.

These fire roasted artichokes, ash covered and charred, were sitting on a plate in the kitchen where I passed them many times during that day, each time thinking. “I have to get to them, peel and quarter them, and cover with olive oil and garlic and some wild herbs.” I finally got around to it after first taking them to the studio and setting them up in a little corner I had just built.

This corner has played a significant part in what has happened since I made these first corner series images. It amazes me still that one can do something on impulse, like decide to build a corner and put things in it, and then have that innocent instinct develop into an intense new way of working. It’s like coming to the proverbial fork in the road and having to choose left or right,and whatver you choose determines the rest of your life. It just do.

It pays to trust your instinct. 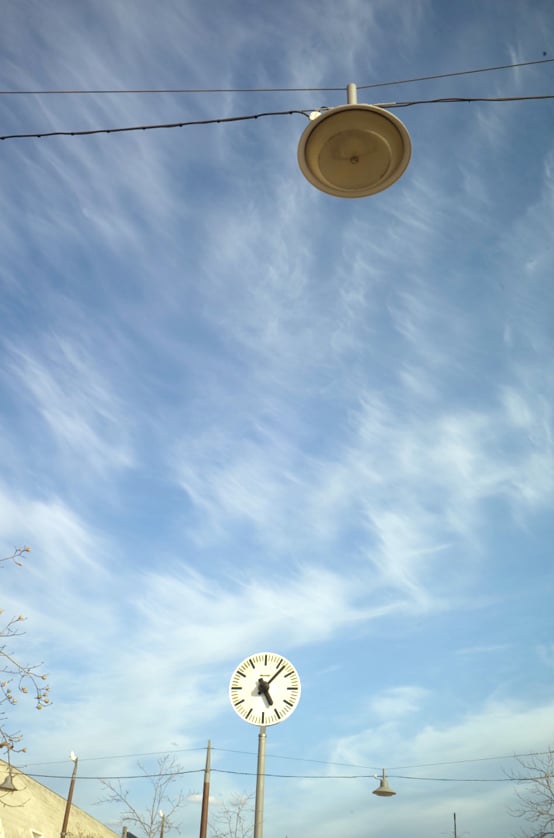 While waiting at the train station for a friend’s arrival I looked up and saw, once again, how something can come from nothing. It may not be something totally interesting, but it makes me react, think about whatever the prompt was, consider the way things work, or don’t, and add another moment of being present to the day.

These ‘incidental’ observations keep me tuned up and hungry for whatever may be next, while giving me a tingle of pleasure in the moment.

The Bride and Her Suitors 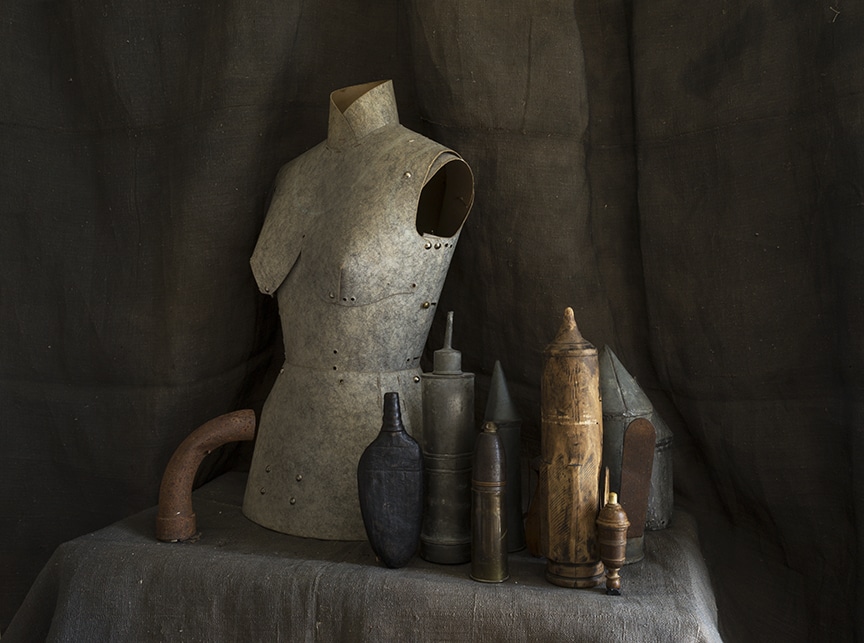 A funny thing happened when I went back to the dressmaker’s dummy and some my objects after a day or so away. As i said, I’m not really a still life guy so my approach to it is something I am discovering as I go, and the strangest ideas pop into my head as I study the things arrayed on the set. While I was moving these objects around – and I wish I could figure out how to make a little flip book of the moves to share with you –  because it’s interesting to watch the objects seem to move, like a stop motion film capturing all the little, incremental, steps they take. In a way it’s like animation, really.

While I was moving the pieces a thought floated up from nowhere, which was; these pieces around the dummy feel like ‘suitors’ in a fairy tale, and the dummy was the “Bride”. Now where did that come from? But as soon as it came to me I could no longer put it back in its box, and so my process kept on entertaining that notion and storyline. As I moved each object into the “suitors” stance each of them seemed to have a particular attitude; shy, bold, deferential, arrogant, stupid, clumsy, etc. I felt a little like a Disney animator casting my characters by their shapes and size, and then attributing other qualities to them. And the game became so entrancing that time just flew by.

Finally, the least of them all – the rusted and deformed exhaust pipe from a tractor – which I found in a field, came to bow before the Bride, and there it was! I had a feeling, what else can I call it! It seemed to fulfill those old Grimm’s Fairy Tale stories where the poor cobbler’s son presents himself before the royals and wins the day with his humility, or bravery, or other characteristics that show the other suitors to be the phonies they are.

Now where this came from I have no idea. But I went with it, and trusted that I was meant to see it this way.

Take your first step to better photography by taking an online photography course with Joel Meyerowitz.